By Pablo PalatnikNovember 23, 2021No Comments

It all come full circle from the merchant to end customers. We probably haven’t seen a holiday season like this before were there are so many factors that are contributing to challenges to etailers across the board. There’s so much to account for to see how merchants will perform this holiday season which for many have already began doing pre-Black Friday deals.

SUPPLY CHAIN ISSUES: We’ve only really started to feel this issue across industries due to COVID in the last few months, starting around late 1st quarter of the year. No one is exempt from this issue. Many retailers are having stock / inventory problems which will plague them come 4th quarter. So much so, that even the biggest companies in the world such as Apple are dealing with it. Apple dealt with two supply-chain problems in the September quarter: the industrywide chip shortage and Covid-related manufacturing plant shutdowns in Southeast Asia. While the Covid disruptions have gone away for now, the semiconductor shortages will continue in the December quarter, Cook said.

This leads us to touch on INFLATION. We haven’t seen this type of inflation in 30 years or so. Consumers are feeling it and of course, so are retailers. Recently, the government said its consumer price index soared 6.2% from a year ago — the biggest 12-month jump since 1990. From an AP article: “It’s a large blow against the transitory narrative,” said Jason Furman, who served as the top economic adviser in the Obama administration. “Inflation is not slowing. It’s maintaining a red-hot pace.’’ It continues to say, “Although pay is up sharply for many workers, it isn’t nearly enough to keep up with prices. Last month, average hourly wages in the United States, after accounting for inflation, actually fell 1.2% compared with October 2020.”

Companies across the board, most notably in the hospitality industry within the restaurant sector, there is a big LABOR SHORTAGE problem. But, this stems across industries. This has been coined THE GREAT RESIGNATION. I can tell you from personal experience in my company we’ve had issues hiring from top talent to lower wage jobs within warehouse, etc. We will see how this impacts the holiday season, but the unemployment rate currently sits at 4.6% as of OCT 2021, compared to OCT 2020 when it say at 6.9%.

These are all interesting macroeconomic issues to say the least to see how it all comes together for retail during November and December.

No one is immune to any of these, not even Amazon.com. As Bloomberg reports, “In the fourth quarter, we expect to incur several billion dollars of additional costs in our consumer business as we manage through labor supply shortages, increased wage costs, global supply chain issues, and increased freight and shipping costs,” he said in the statement. “It’ll be expensive for us in the short term, but it’s the right prioritization for our customers and partners.” – Chief Financial Officer Brian Olsavsky

Amazons forecast for holiday sales fell short of analysts’ estimates, signaling the pandemic’s boost to online shopping continues to fade. Revenue will be $130 billion to $140 billion in the period ending in December, the Seattle company said Thursday in a statement. Analysts, on average, estimated $141.6 billion, according to data compiled by Bloomberg.

Lastly, we hit on the RISE OF AD COSTS that have been seen across the board since the iOS14 privacy change, ATT. We cover this topic extensively here on ETREND as it’s the one factor is truly hitting everyone that depends on channels such as Facebook and Instagram for growth and scale to drive revenue.

From CNBC, “According to Polly Wong, president of the full-service marketing strategy firm Belardi Wong, the troubles at Facebook became an even bigger headache for direct-to-consumer brands compared with traditional retailers. That’s because many of them got their start thanks to creative Facebook ads that directed customers to their websites, rather than relying on swaths of stores.

“There’s no question that the vast majority of DTC [direct-to-consumer] brands build their business on Facebook, with Google being second,” Wong said. “But right now, more than half of our clients are seeing Facebook underperform.”

Poshmark, an online marketplace for secondhand goods, said Wednesday that it’s having to overhaul its marketing strategy due to Apple’s privacy policy. The company said it’s directing dollars toward TV advertisements and influencers to try to acquire new customers.

As more and more customers try to figure out the right marketing mix and really try to get back to baseline on channels such as Facebook and Instagram, the costs to acquire new customers just keep rising creating a real challenge in the profitability of many businesses and what they are able to spend to keep ad costs at bay before it becomes a real losing proposition, as many are already starting to see.

So, let’s hope that throughout all these factors, many find success in nurturing customers they’ve been able to capture in the past and the holiday season kicks off a healthy consumer spending behavior duration through the end of the year. What happens after, we’ll shall see. 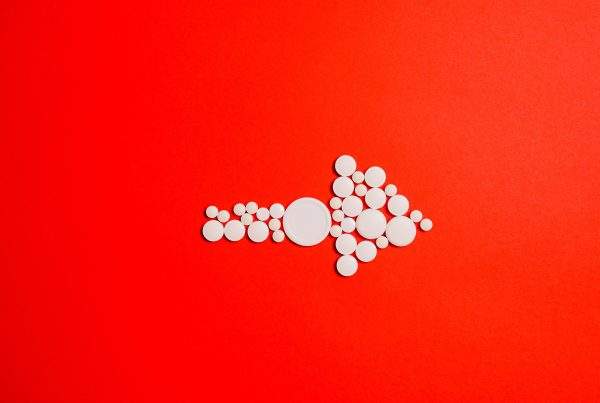